TRACKA: Stand Up For The Champions 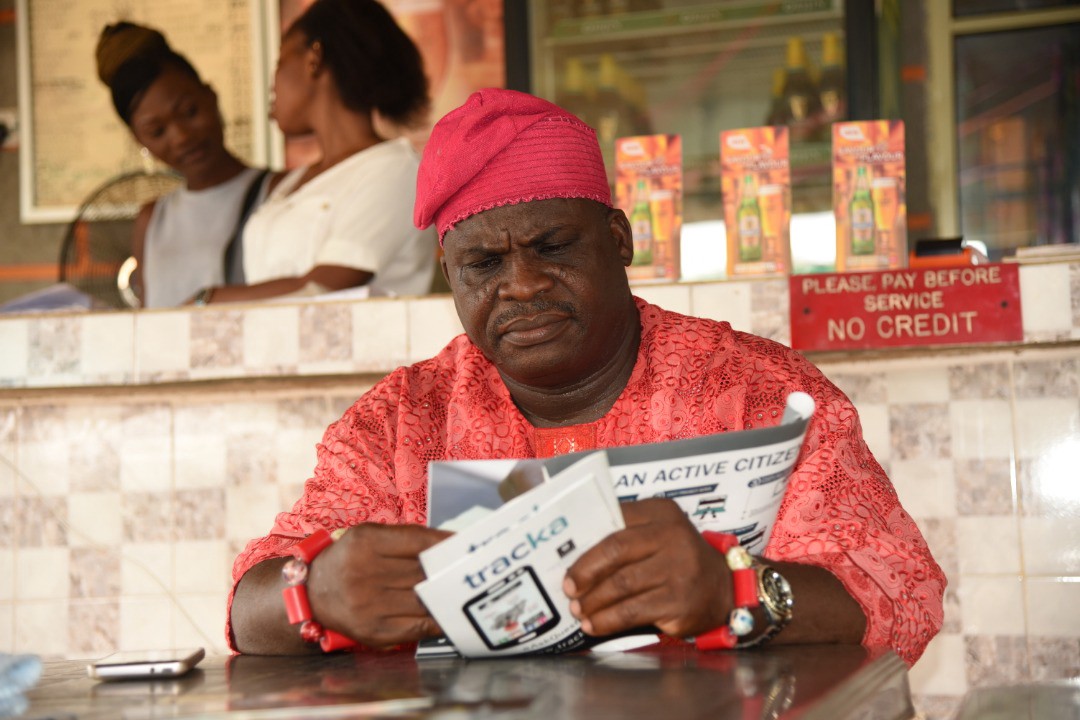 Simplifying and making the budget accessible to everyone is one of the core objectives of BudgIT. Capital projects (captured in budget documents) give a sense of belonging to citizens given the fact that those projects — if executed — bring about development in their respective communities. However, the constant recurrence of project abandonment and/or fake execution gave birth to a tool known as Tracka.

Launched in 2014 by BudgIT, Tracka is a social platform of/for active citizens who are interested in monitoring public projects in their communities thus enhancing budget performance across the country. This platform, layered on open data and integrated with existing social media tools, galvanises people of common interests together to share photos, videos, documents and also post comments on existing projects.

Using grassroots monitors as well as partners to monitor government projects across the federation, this approach explores the use of technology to track budget implementation and also report to responsible authorities, from both executive and legislature arms of the government. We use social media to amplify discussions on projects. Thanks to the internet, mobile web, apps and SMS, citizens now have a focal point of tracking public projects, and report on-the-ground performance to institutions. This allows them to reach out to the exact institution that is responsible for the project. Citizens are able to provide feedback on the platform while our tracking officers (in all states where Tracka currently operates), verify those comments and reach out to public institutions for necessary action.

The Project Tracking Officers (PTO) are saddled with the role of tracking all the projects listed within their state of operation. They also organize town hall meetings with the community members ultimately to enlighten them about projects contained within their constituencies. To get the projects completed, these officers visit different constituencies to attend the town hall meetings, listen to the agitation of the people and assist them in communicating with their representative(s) at all levels of government.

Impacts: The Journey So Far

Since the creation of Tracka, our reach has extended to over 8,335 communities in 25 states. We have a total of 28 project tracking officers who have tracked a total of 15,064 projects. Through our advocacy efforts, over 6,000 of these projects have been successfully completed. We have reached over 3 million Nigerians through our offline and online engagements.

Examples of projects that our advocacy efforts have aided in their facilitation and completion include the electrification of Kawu, a local community in Niger State, after 30 years of darkness. Also is the construction of schools and classroom blocks in various marginalized communities. Several health centreshave been built and equipped as well.

Beyond facilitating the completion of projects, we have also been able to change the narration of how elected representatives report their work and nominated projects. Before now, it was commonplace to see political office holders tag government projects as theirs (with the popular phrase “Donated by”). Thanks to our campaign against the deceitful political culture, the narration has changed to something along the line of “This project was facilitated by…” as the people get more knowledge on their rights and budget process.

As minute and probably negligible as this might seem, this narration has a huge impact on the citizens and how they are able to engage their representatives. Of a truth, they no longer feel like their elected officers are doing them any personal favour by facilitating projects.

More importantly, there is now a slow but steady increase of citizen-participation and inclusion in governance issues. Increasingly, more citizens are becoming more and more involved, asking questions and demanding accountability from their elected officials.

Proximity and Expansion to Other States

For us to cover more communities and reach a wider audience of active citizens, we need more hands and minds to work together. It is with this in mind that we carry out capacity building activities for CSOs in different states so that they can also join in the pursuit of good governance and accountability in public spending.

Moreso, in order to ensure that the essence of our work is not lost on the people at the grassroots level, we initiated a new project called Proximity Meetings.

The Tracka Proximity Meetings are large community meetings created with the aim of empowering the voices of citizens to bridge the gap between the government and the people at the grassroots. What we try to do is to take feedback from the citizens back to the government and their elected representatives, engaging them on the pressing needs of the people. We have reached over 3 million Nigerians directly in 7,013 meetings and we are expanding this to 200 communities in Nigeria.

In the 2nd quarter of 2019, we added three (3) new states [courtesy of the Google Impact Challenge] to our coverage areas, bringing our total coverage states to twenty-five (25).

What We Have Learnt

One major lesson we have learnt is that our goals are valid everywhere. The goal of accountability in public spending and in the delivery of public service is resonating across the board — even beyond communities we presently cover. We obviously cannot do this work alone. Neither can we achieve it at the required scale. We need more hands to cover more grounds, we need more citizens to be actively involved.

Another recurring theme that comes up during the course of our work is the very low rate of citizen participation in matters of governance and service delivery. Furthermore is the lack of participatory methods to budget design in Nigeria. What you find are empowerment projects that do not address the core needs of communities and people.

It is believed that, once we can get more citizens involved who are actively and independently championing the accountability and transparency cause, a lot of these issues will drastically reduce.

We are launching a new initiative where we aim to raise an army of active citizens who independently engage elected officials in their community and who go further to monitor and track the implementation of projects within their community.

These footsoldiers are called “Community Champions.”

In actual fact, since the inception of Tracka, we have had a few people from various communities who have remained our feedback channels in those areas. Hence, what we really are doing is to institutionalise the entire process of getting feedback from citizens.

Our role will be to simply provide these Champions with necessary details and resources they might require. The more voices we have calling for accountability in public spending, the easier it is to get our voices and messages heard while driving impactful results. The Community Champions initiative is another way for us to scale up our work and multiply our influence. It is open to every and anyone who desires to join. However, BudgIT will vet champions who show interest and would inform them of the guidelines.

We seek active citizens interested in joining the Community Champions Group to work for their communities. We plan to kickstart the campaign for this initiative in July 2019. Our new Tracka website that reflects our community champions and also embeds participatory budgeting will be ready in October 2019.